Dr. Carl Spears holds a special place within the history of The Carpenter Health Network. He was the first President of St. Joseph Hospice Foundation (2003) and led the organization in its founding mission to provide quality care and meaningful assistance to hospice patients and their families. Now retired from his service, Dr. Spears remains a faithful supporter of The Carpenter Health Network. We invited Dr. Spears for a one-on-one conversation about his life and to share how he became a man of service and support to those around him.

Dr. Spears was born in 1930, in Woodside, LA.  As a young child raised in the thick of the Depression, he knew hard work at a very young age. “Life was hard, but it made me who I am. I don’t regret anything about that time,” he shared. Dr. Spears attended a small school in his early life before moving to Simmesport High School in his teen years. When asked about his educational years, he stated, “I liked school. I liked learning. I just didn’t like spending the time. It took away my time for physical education.” He also shared the unique fact that his older brother was one of his school teachers for some time. 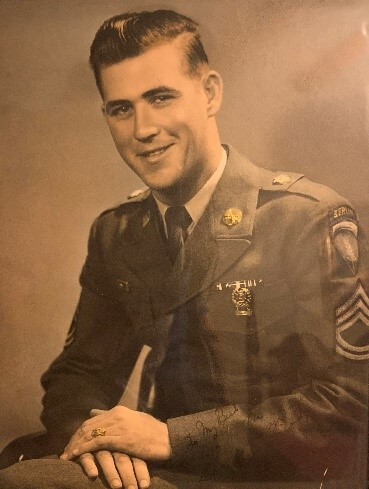 A teen during the latter part of World War II, Dr. Spears decided to drop out in his senior year and enlist in the cause. “I started getting antsy. I wanted to travel,” he shared. He joined the U.S. Army and boarded a ship in New York that was bound for Germany. He recalls, “You didn’t know if you were coming back, you never knew if you were coming back, and that was such a sad day.”

Upon arriving in Germany, Dr. Spears was assigned the task of unloading cargo lift planes. The ships carried food and other goods for the Germans who were starving due to the war. He served in Germany for three and a half years before returning to the United States.

Once back home, he realized that if he wanted to be a career soldier, he would need some combat experience. With his future in mind, Dr. Spears volunteered for the Korean War. During the first six months, Dr. Spears was on the front lines until he was wounded in battle. After his recovery, his duties shifted to burying his comrades who had died in combat.  Reflecting on that time, he stated: “It was sad, it wasn’t the best job to do, but it was a job that had to be done.” 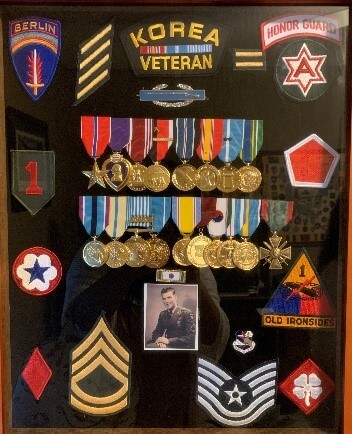 Today, Dr. Spears stands a very well decorated soldier for service in the Korean War.  He received a Bronze Star, Purple Heart, United Nations Medal, Combat Infantry Badge, and a Korean Campaign Medal with two added battle stars, as well as becoming a Chaplain. Overall, he received 18 medals and 13 patches from 4 different countries for his service in the Korean War.

When Dr. Spears again came back to the United States, he was reunited with Juanita, the love of his life.  He recounted, “I didn’t know that she had been in love with me for a long time. She was engaged to a man in Texas, and I had gotten myself engaged to a woman in Texas. So, we left our exes in Texas and decided to get married.” 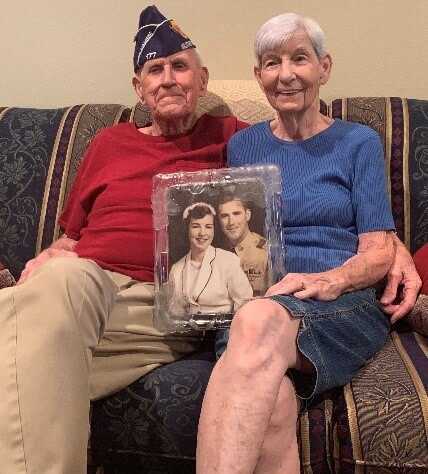 Dr. Spears and Juanita married, had two wonderful daughters, and recently celebrated their 65th anniversary. He shared that when they got married, they agreed on three things: “We would attend the church nearest our home and wouldn’t go searching all over the country to find one; we did that. We would read our Bible and pray every day, and we did that. Also, we would give 10% of our salary to the church, and we’ve done that.” After Dr. Spears and Juanita were married, they spent some time in Fort Hood about 400 miles away from their families. Three days out of the week, he worked in the field driving tanks around the mountains. He shared, “I didn’t like that so much. So, after a while, I decided to work at the school teaching kids in ROTC.” Little did he know at that time that his decision would set the course for a long and impactful career in education.

Dr. Spears began working for the East Baton Rouge Parish school system, teaching students a variety of different subjects, both vocational and avocational.  Soon after, he started teaching adults at night who were seeking their General Education Diploma (GED).

Shortly after beginning his work teaching adults, Dr. Spears received a scholarship to attend the University of Michigan in Flint, MI, and work on his Doctor of Philosophy degree.  He received the financial award through a program that was funded by a man named Charles Stewart Mott. Mott’s scholarship fund was substantial. It provided enough money to send 40 men to the University of Michigan so that they could finish their PhDs, and another 30 men to work on their lower level qualifications.

Dr. Spears and Juanita made the moved to Flint, and within three years, he completed his Ph.D. in Education. His education focused on an approach to adult education called “community education.” As explained by Dr. Spears, “Community education is to have teachers, and students alike, trained to keep the community school open into the night and on weekends.”  The school was open all the time and offered a variety of courses for adults. Following his return to Baton Rouge, Dr. Spears implemented a similar program at Baton Rouge High School. At one point, he had over 1,900 people enrolled in classes.

It was around this time that Dr. Spears met and became close friends with Pat Mitchell, CEO of The Carpenter Health Network. “Pat, at some time I’m sure passed some ideas across me because he was trying to find something like The Carpenter House,” Dr. Spears shared. In 2003, Mitchell established the St. Joseph Hospice Foundation and Dr. Spears was invited to serve as Board President. He worked as the Board President until he experienced some health issues. “I got sick; I had to resign. I couldn’t go to the meetings. I hated that because I know that Pat depended on me, and things were going along pretty good,” Dr. Spears reflected. 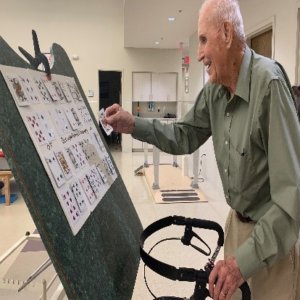 “I had a stroke, well, they said I had a stroke. I don’t know I wasn’t there,” Dr. Spears grinned.  He shared that he began stroke recovery treatment at Sage Rehabilitation Hospital. “Everyone was so nice, and you could tell that they want us to get well,” he remarked.  Dr. Spears noted his sincere appreciation to Sage for allowing Juanita to stay with him. He emphasized that they even went to the extent to bring her a day bed so that she could sleep in the same room as him.

After 45 days of inpatient services at Sage Rehabilitation Hospital, Dr. Spears was able to go home and continue his therapy at the Sage Outpatient Program. When asked what his favorite things about the program are, he immediately said, “it’s the personnel, the people.” He added, “You meet some interesting people in there. There are lovely girls that work there, and it’s a community there.” With a smile on his face, he said, “I’ve made a lot of friends, every day they say ‘Hey Carl! How’re you doing today?'” After four months of outpatient therapy, he is nearing completion and eagerly awaiting his graduation from the program. Speaking very highly of the program, he stated,  “I’ve improved. I know that I have. I can tell!”

Dr. Spears went on to share that during his two days of therapy, he does a series of different exercises to improve his strength, balance, and cognitive functions. He proudly demonstrated a couple of the activities and explained that these “will make a man out of you!” 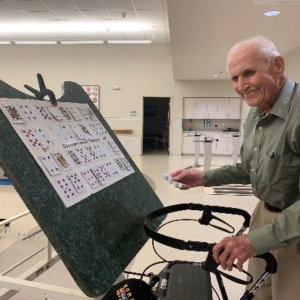 At the end of our time together, Dr. Spears was asked if he had any words of wisdom to share. With a smile on his face, he said, “Well, there is a good woman, usually, for every man.” He added, “And war is hell. Nobody ever wins in war.”

Dr. Carl Spears is a genuinely captivating man. His strong work ethic, commitment to adult education, devotion to his family, and concern for others have no doubt made this world a better place. He is not only a great servant of our country and community but also a kind, intelligent, and inspiring man. Through life’s hardships, from the Great Depression, the Korean War, and more recently a stroke, he keeps pushing forward with a positive attitude (and a few good one-liners). It is our honor to call Dr. Carl Spears, not only a hero but also a friend of The Carpenter Health Network.